Born and raised in New England, Lindsay has been refining her artistic sensibility and technique for the past 25 years. Primarily self-taught, as a child she was first introduced to art by her grandfather, who was a prolific painter of realist landscapes in his spare time. This inspired her love of the creative process and a desire to evolve as an artist.  At nineteen, Lindsay left her hometown of Amesbury, Massachusetts, and spent the better part of a decade moving throughout different regions of the United States, drawing inspiration from her experiences and observations while experimenting with different painting styles. In recent years, her work has been displayed at galleries in New York, London, and throughout the world. She currently lives and works in New Hampshire.

“In my work, I strive toward conveying the experience of time passing and the effect it has on individuals and their environment; the obvious impermanence of everything that we so often choose to ignore.
With each piece, I focus on the absurdity of a moment that has been stripped of context or suspended between impressions of the past and intimations of the future; a moment that has no meaning outside of that which is projected onto it.

A recurring theme in my figurative work is the disparity between our raw emotional experiences and the idealized versions of ourselves, which we often feel pressure to curate and present to others.
Though I occasionally use watercolor on paper, I’ve found that the versatility of acrylic paint on canvas allows me to achieve visual effects like blurring and transparency while still being able to create defined layers of detail, if desired.

When painting, I often focus more on the saturation or contrast of colors, rather than on the specific traits of identifiable forms and locations. I’m most inspired by scenes and subjects that are in a general state of flux or transition; dawn, dusk, passing storms, or people in motion.” 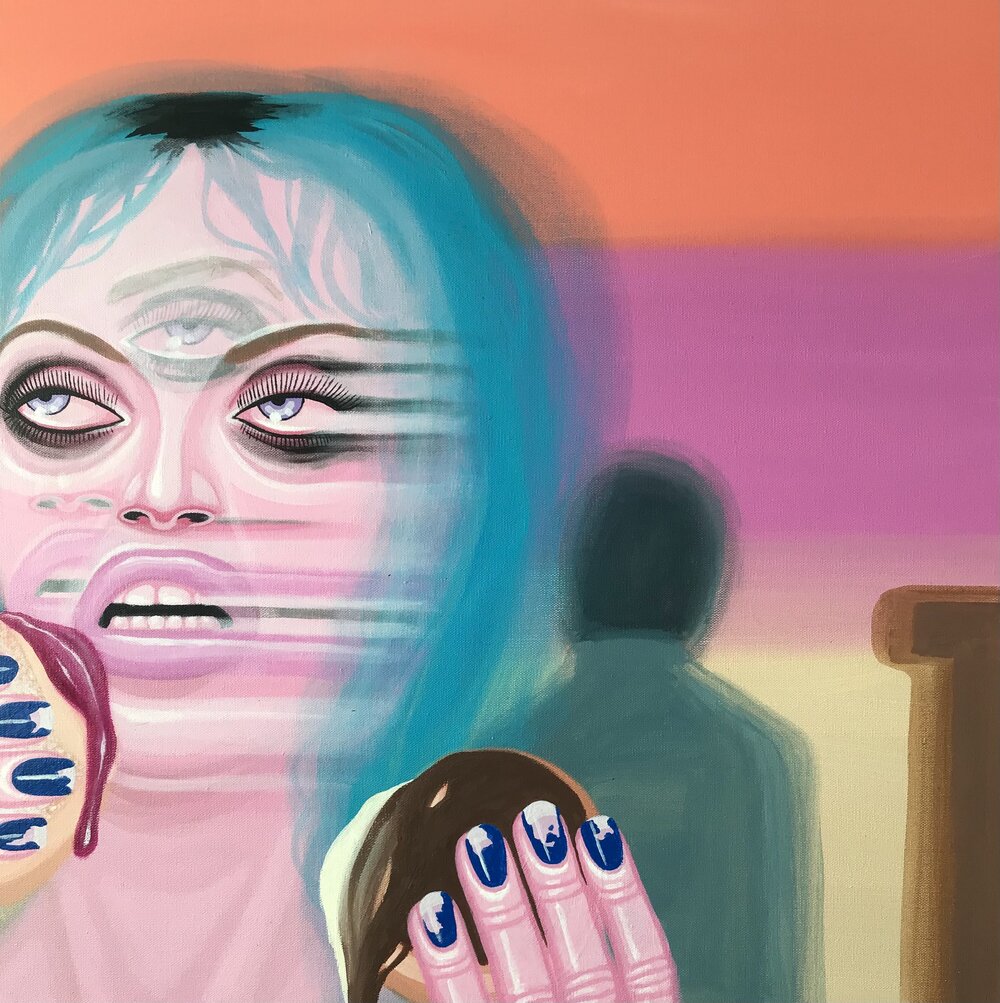