Following the success of Andy Warhol’s famous “Factory Edition” prints in the 1960s, Warhol began working with two printmakers in Belgium on a second series. The origins of the Belgium printmakers, known as Sunday B. Morning, and their relationship with Andy, remain somewhat of a mystery.

The genesis for this partnership was to play on the concept of mass production, which was a phenomenon Andy loved to comment on through his art. The blue ink stamp ‘fill in your own signature’ was inspired by the impact of mass production on modern art culture.

Since the new prints were exacting in detail to the Factory Editions, Warhol was essentially mocking the idea that the original prints were somehow more valuable.

At some point, talks between Warhol and Sunday B. Morning fell apart. It’s believed that Warhol may have had second thoughts about how this project might impact the market for his original works, however, the exact reasons for the fallout are unknown.

Regardless, it’s clear that Warhol had a change of heart. Unfortunately, he had already supplied the photo negatives and color codes used to produce the Factory Editions. The prints were created with exactly the same tools and methods Warhol had used for the original series.

When the Sunday B. Morning editions were first released in 1970, Warhol was not pleased. He tried to stop production but was not successful. So whenever he was presented with a Sunday B. Morning print, he would sign “This is not by me. Andy Warhol” to express his ironic dissatisfaction.

While ownership of Sunday B. Morning has changed several times, the prints are still published by the same print shop in Belgium, using the same printing process they’ve used since their inception.

There have been many reproductions of these impressions over the years, but none come close to the integrity of a Sunday B. Morning edition. Only Sunday B. Morning possesses the photo negatives and color codes required to create silkscreens like the ones Warhol used for the original series.

Warhol personally supplied Sunday B. Morning with everything they needed to mass-produce his work, despite his eventual discontentment.

In 2018, curators for the Rochester Museum of Fine Arts contacted Sunday B. Morning to coordinate a temporary exhibit. The current owners of the company obliged and donated a series of unsigned Marilyn prints to the museum’s permanent collection, for which they have remained on display. 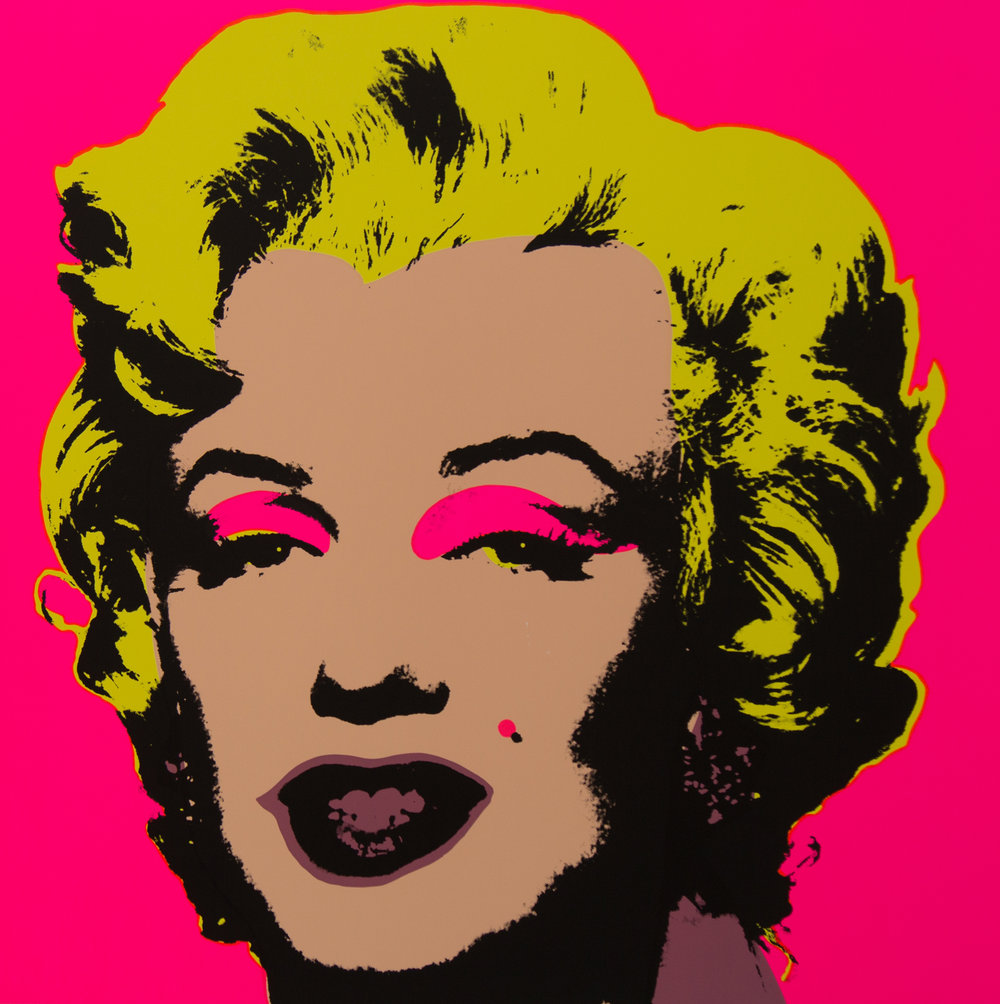